The first question is about the realese of the "Back To The Grave" records, it´s the time to look back in time?

Absolutely! At some point The Flaming Sideburns were promoted as a new modern act that plays it´s own homemade classic r´n´r music á la Hives. That´s onlt half the truth. The other side of the coin is that this band has always fed itself mostly on old obscure songs that sometimes we happen to cover and even record. Flaming Sideburns started as a cover proyect 15 years ago. It´s sad that mostly because of only contractual questions most labels preffer only our original material. We´ve decided to open up a bit more through the years and share our taste with other music lovers, our true brothers and sisters!!!!!

I Know that there are changes in the line up of the band ¿What´s the current line up?

We´ve had a stable line up for 7 years now, the longest so far. Our latest addition includes Petri Peevo alias Peevo Deluxe, a veteran rocker from Clifters and Balls (Finland) fame on lead guitar. The rest of us are still the same, Speedo on vocals, Jay Burnside on drums, The Punisher on bass and Sky Williamson on lead guitar

Why did the band stop at one moment and what is the reason to go back "to the grave" of rock and roll?

With this line up we´ve had to take it easy instead of burning fast and spitting up. At some point, after we achieved success and cut lose with Bad Afro Records, who btw treated us like kings, we had way too many people around telling us what should we do next. So, as to not lose perception of our roots, we also had to re-discover our past and dig into some of the songs we started with.

For the people who didn´t know about the band can you the tell the history of flaming sideburns?

The band released it´s first long play back in ´99, it was a collection of our first vinyl releases with a couple of unreleased tracks sandwitched in between. This release came out only on vinyl even in Australia!!! We toured Germany, Denmark, Sweden, Croatia, Slovenia, USA, Canada & UK way back before our biggest selling “Hallelujah Rock´n´rollah!” CD/LP came out in 2001. We also toured France, Norway, Portugal, Switzerland, Austria apart from Finland and extensibly after that.

“Sky Pilots” (2003) our third album took us somehow back to North America, but we sufferd a line up change and had to slow down after that.

“Keys To The Highway” (2007) took us all the way to South America, Argentina & Brazil apart from most of the european countries we had visited before, plus even one damn gig in Italy! I have to mention this one gig before at Little Steven´s International Garage Fest with headliners New York Dolls, Iggy And The Stooges, The Strokes, Bo Diddley, Nancy Sinatra and Pete Best among others!!!!

In between touring and recording on these last years 2 “BACK TO THE GRAVE” complilations came out, last one in Spain on limited vinyl edition only.

There are also 4 half official live albums hanging around!!!! WATCH OUT!!!

Yep, it was released by a small psychedelic finish label, Metamorphos, who had also released stuff on cd from our previous bands like Jack Meatbeat & The UGS and Isebels´s Pain. Vinyl collectors were paying quite a lot to get that one on e-bay. Second 7” Get Down Or Get Out EP was already released by Bad Afro in Denmark, it includes quite a trashy but great version of The Sonic´s “Dirty Robber” that was a big trademark of our gigs back then.

Can you explain how did the band recorded a Ep with Hellacopters?

It came as a joint desicion between Bad Afro, The Hellacopters and us because we were all buddies and into this High Energy R´n´R Action movement happening in Scandinavia at the time. It actually took some years before we all had the final product ready on our hands. Hellacopters were on top of their career, sort to say, and we are very proud that such a great band covered one of our first songs ever!!!

Have you got the temptation to record and EP with another band a Ep, similar to the hellacopters Ep?

Not really anymore, we did already some cool split vinyl releases with bands from Argentina and Spain mainly because of this one. We could nowadays try to do something similar with Jim Jones Revue or TSOOL for example, why not? But I also think there wouldn´t be much point in doing this as much as it was ten years ago for us.

Do you hear the new project of Nickie anderson? How you think about?.I saw one show in Madrid before the gig with Kiss and i think is great….

I didn´t know they supported Kiss, that´s realloy news to me! I saw their debut gig here in Helsinki a while ago and they were great!!! You cannot go wrong with somebody like Nicke Andersson, I really admire that guy as a person and musician a lot.

The band are touring at this moment and of course you will visit Spain . What will spainish rockers see at your concerts?

People will be part of an energy ceremony consisting of good old RnR and Partee Time!!!!! I really hope people will have a night to remember all though their lives. You´ll see some true working class heros from Finland giving all they got onstage. No samples, no bullshit or fake, just pure sou, ballsl and love for tradition.

Can you tell me about the set list?..thinking that the band are rocking from 1997 to the present,how does the band chooses the songs to perform live onstage? Misison: Impossible??

Hahaha, yeah! Well sometimes it is. We´ll try to include most of the songs we´ve done in spanish language plus a see through our whole career. Our set lately has included stuff like Jaguar Girls, Ungrounded Confusion, Blow The Roof, Loose My Soul, Street Survivor, Spanish Blood, Sweet Sound Of L-U-V, Flowers, World Domination, Save R´nR, Heavy Tiger, Effect-0 Tequila, Count Me Out, Challengin´, Keys To The Highway, Ninety Nine Degrees and covers like Radio Birdman´s “Man With The Golden Helmet”, Vox Dei´s “Vueltas y Vueltas Alrededor Del Sol” , “Meshkalina” by Traffic Sound, “13 Women” by The Renegades or “Bad Little Woman” by Shadows Of Knight.

How is going back to rock and roll after stopping for a period?

I believe we´ll play the gigs like there was no tomorrow and that Spain will be perfect for us. We´ve always loved the people there, and now that Spain is brand new Soccer World Champion this year, way even better for us!!!!

Well, it seems like Flaming Sideburns will perform as a 4 piece in Lapland shortly after this spanish tour. I´m somehow trying to figure out how well we´ll pull out that one out!!!

the most embarrasing moment in a show..

During our second visit to Lazkao, back in 2001, we were coming off from something like 20 gigs in Spain, Portugal and France and this was supposed to be the last gig of the tour. We were all drunk as hell, partying the end of a number of incidents we suffered down on the road, so we kind of “forgot” about this one last show. We all went on stage but had more problems with the equipment there. We must have played 17 mts until there was nobody else onstage except Jay our drummer and me, the singer. I tried to pick up a guitar but there was no use for it, I am not a guitar player. The rest of the band fell asleep backstage. People were really angry to me and wanted all of their money back!!!

and the most funny?

Must have been last year at La Bruta Fest in Coruña with the return of our other band Jack Meatbeat & The UGS. Because pur luggage did not arrive at the airport although they promised it would be there last minute prior to the show and our drummer got too nervious, and had a couple of drinks too many… then he decided to make the show all by himself. It wasn´t very fair to us 3 others onstage, but after the gig was over, I had no other choice than laugh my head off and join him celebrate our ill-fated return with a couple of fans drinking some more.

and the happiest moment of your rock and roll history as a band?

Jamming on MC5 classics live onstage with Mr Wayne Kramer on guitar himself as our guest!!! Another one must have been playing Hulsfred festival in Denmark two years in a row, opening and sharing the same stage than Manu Chao, PJ Harvey, Hellacopters and Nick Cave with The Bad Seeds. 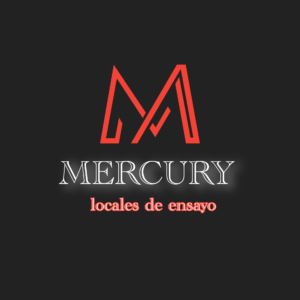